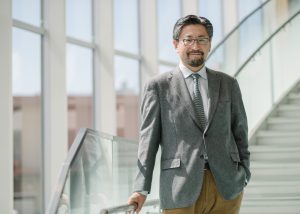 The research field of plasma medicine, which involves treating the human body with low-temperature atmospheric-pressure plasma, is attracting a great deal of attention worldwide and is expected to be applied to disinfection, wound healing, hemostasis, and cancer treatment, among other practices. Various active species, such as electrons, ionic species, radical species, and excited species, are supplied through the plasma to bring various effects to the human body. As shown in the figure, we have developed new technology to easily generate low-temperature plasma with a handheld small device. At the same time, we are currently promoting the application of the sterilization and hemostasis within the dental field through medical–engineering cooperation involving various organizations while we continue to focus on conducting research on the disinfection of the human body through plasma sterilization. To conduct research in the boundary area of plasma medicine in a scientific way, researchers are collaborating in the fields of physics, physical chemistry, chemistry, biochemistry, molecular biology, dentistry, and medicine. Overall, we have created a large-scale joint research network in cooperation with various manufacturers and are conducting approaches from a wide perspective. 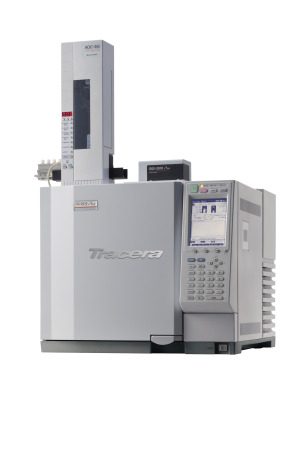 Through joint industry-academia research involving Shimadzu Corporation, the high-sensitivity gas chromatograph system, Tracera, was launched in the global market in February 2013. Kitano, which specializes in atmospheric-pressure plasma, and Shimadzu Corporation, Japan’s top analytical instrument manufacturer, have been collaborating since 2006 to develop a gas chromatograph system equipped with an innovative plasma detector. Using high-energy photons emitted from atmospheric-pressure helium plasma, a sample gas component is photoionized to perform detection as an electric signal. It achieves a high sensitivity of 100 times that of a thermal conductivity detector, a conventional general-purpose detector, and twice or more that of a flame ionization detector and can detect 0.1 ppm-level trace components. It has the feature of a universal detector that can detect a wide range of gases, from inorganic gas to organic gas, with low relative sensitivity difference. The use of a structure that does not cause electrode deterioration enables stable analysis for a long period of time. Despite these excellent features, the detectors are relatively inexpensive, and sales are expected to increase in the future as they are used as general-purpose detectors. To further improve performance, we are currently conducting basic research on elementary processes at the university and developing next-generation detectors within the company.

Rare-Earth-containing yttrium oxide (Y2O3) particles are phosphors, which emit near-infrared light and use it as excitation light, and are expected to be new bioimaging phosphors that can be observed deep inside a living body. Y2O3 particles have properties such as their dissolution under acidic conditions, and it is essential to impart chemical stability through surface modification. At present, surface modification is performed using the wet process, but since an impurity layer that inhibits fluorescence is formed on the surface due to the reaction with water or carbon dioxide, that is, the emission intensity is reduced, the plasma process is a dry process involving plasma chemical vapor deposition. In our study, we developed an apparatus to perform atmospheric-pressure plasma treatment while suspending Y2O3 nanoparticles using fluid force, with the aim of performing three-dimensional surface modification on the particle surface via a dry process. The evaluation of the particles was carried out, and many characteristic improvements such as improved stability had been achieved.

Through our research on sterilization technology using plasma-treated water, we succeeded in developing a new sterilization technology using peroxynitric acid (HOONO2). As shown in the figure, when each component of the plasma-treated water was separated via ion chromatography, it was found that the sterilizing active ingredient was peroxynitric acid. While the presence of peroxynitric acid, one of the reactive oxygen and nitrogen species, has long been known, its application for sterilization had never before been achieved. The acid has a high sterilizing power and can kill the spores that prove difficult to sterilize in a few seconds, with the undiluted solution having a sterilizing power equivalent to 10,000% that of hydrogen peroxide. While chemicals with such high bactericidal activity are often toxic to living organisms, even if the concentration of pernitrate is 10 times higher than that at which medical equipment can be sterilized, no issues were found during safety tests involving animal experiments (oral toxicity, skin sensitivity). The solution also involves lower costs than conventional disinfectants. As a new disinfectant, the solution can potentially be applied to a wide range of areas, including living organisms, medical devices, agriculture, and food. In cooperation with various academic research institutes, including medicine, dentistry, biology, biochemistry, and analytical chemistry institutes, we are currently promoting the practical application of the solution while continuing the attendant research. In addition, a peroxynitric acid application research and development consortium (http://www.ppl.eng.osaka-u.ac.jp/pna/), which involves the participation of several companies, has been promoted through an industry-academia collaboration.