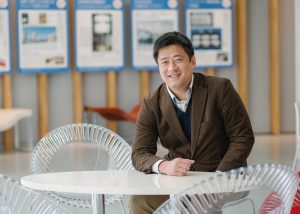 Study on the establishment of a next-generation nuclear power system

In our modern society with its increased energy demand, it is difficult to avoid the usage of nuclear energy since less carbon dioxide is emitted, and a high amount of energy can be generated from few resources. For the continued growth of human society, it is necessary to develop next-generation nuclear power systems (NGNPSs) such as fast breeder reactors (FBRs), which can make effective use of uranium resources, and nuclear fusion reactors (NFRs), which can generate energy from familiar resources. In such NGNPSs, liquid metal is very useful as a heat transfer medium. We aim to contribute to the establishment of a better NGNPS utilizing the heat transfer and electromagnetic characteristics of liquid metal.

Study on the heat transfer of liquid metal

Liquid sodium and lithium are used in FBR and NFR systems, but their treatment must be carefully administered because these liquid metals can react violently to air and water. Liquid sodium is used as a coolant in FBRs, while liquid lithium and its alloy are used as a beam target in fusion neutron sources (FNS) and a coolant for the liquid metal blanket in NFRs. In our laboratory, a large-scale liquid lithium circulation loop has been developed and operated. Here, we are undertaking experimental and numerical research on the hydrodynamic characteristics of liquid metals for the development of NFR and FNS systems.

In NFRs, plasma-facing components will be loaded by a high heat flux based on the transient phenomena of the plasma. This high heat flux has a particularly strong influence on the divertor located at the bottom of the vacuum vessel and the melting and solidification of tungsten, the surface material of the divertor, which will largely determine the device’s lifetime. Therefore, it is important to clarify the mechanism of this changing phase of tungsten for the practical use of NFRs. In addition, to conduct experimental research using a laser as the heat source, we have been developing a simulation code that can continuously treat heat transfer phenomena with phase changes.